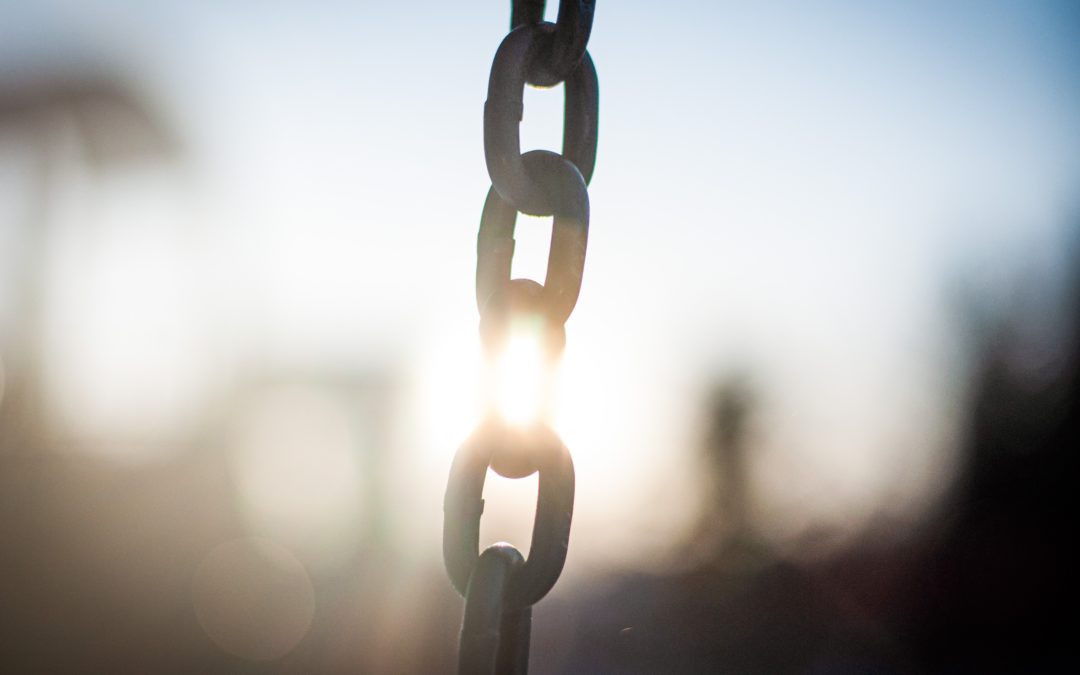 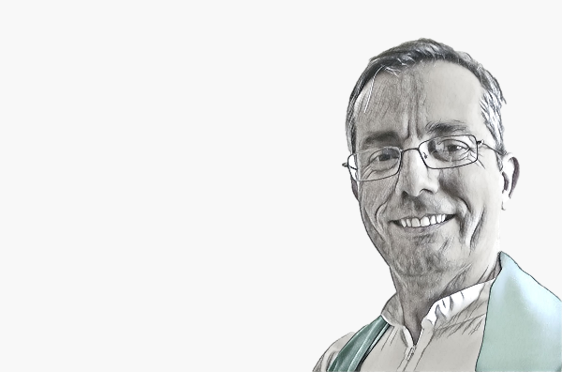 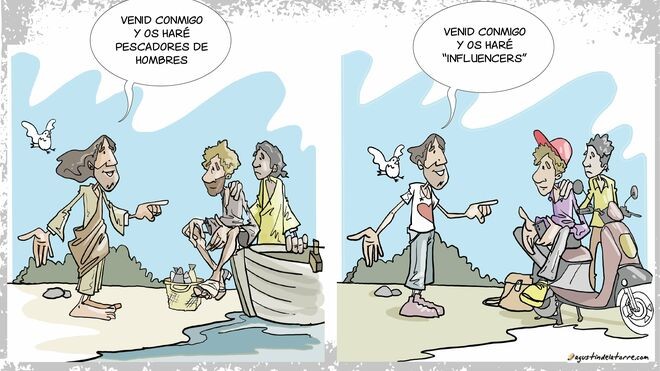 Is Jesus calling you to be an influencer? Is influencer the new “fishers of men”?

My short answer to these questions would be, I have my doubts. A slightly longer answer would be to ask my questioner to take a closer look at the text of Luke’s Gospel and see what Jesus did when he called these fishermen to be “fishers of men”.

Even before looking at the text, however, it is worth noticing that there have never been official “fishers of people” in the Church. Such a designation is and has been totally absent in the community. It never became a title or the name of a group of ministers. It did not survive the immediate period of the first transmission of the Gospel.

Why is that? It is difficult to tell. What we know for sure is that there are, already in the Gospel of Luke, important changes, modifications to earlier versions of the scene. It may well be that already the first Christians, Luke included, had the impression that the imagery of the expression is a bit strange, or even that it expresses something which, on second thoughts, is quite contrary to what is meant to be the mission of the followers of Jesus. For to catch fish amounts to taking them out of the medium where they can live. Whereas preaching the Good News as Jesus does is calling people into the Kingdom, helping them to reach life, transferring them into a lifegiving medium.

It is exactly this aspect which gets emphasis in the modified imagery conveyed by the verb Luke employs. Instead of speaking about “fishers”, as the other synoptics do, he uses the verb “zōgréō” (ζωγρέω). This verb is put together of two words: “zōos”, meaning “alive, living” and “agreúō”, which means “to capture”. Thus, the whole idea suggests something like “to catch alive” or “to catch to life”.

What is important for us to notice here is the fact that the original imagery of fishing people was changed as much as possible to introduce the idea of life, of bringing to life. At the same time, the other component, that is, the movement or the gesture of seizing, of grasping, which indicates external force and constraint, is relegated into the background.

It is equally important to notice that, with this modification, Luke is, in fact, following the direction of the movement that the original imagery implied. Let me explain.

Jesus is calling the disciples to leave behind the activity they got used to and from which they made their living. In short, he calls them to leave behind their identity. And he is doing it in a gentle way, coming as close to them as possible, using an imagery they can immediately understand. Jesus opens for them a new horizon. While in their previous activity it was their own life which was put at the focus, now Jesus invites them to another kind of activity, not focussed on themselves, on their own life, but on others. Jesus invites them to a new “job”, a new identity. That is the thrust of the original image that Jesus uses. He speaks about “people”: it is “human beings” (ἀνθρώπους) that they are invited “to be fishers” of.

Simply, but ingeniously, Luke resumes this movement, the direction implied in the metaphor of “fishers of people”. His innovation – that is, adding that bizarre verb, “zōgréō”, or “catch to life”, that we have already analysed – successfully maintains the metaphorical force of the original imagery and takes away as much as possible of the residue of any implications of an external or violent activity.

It is hard not to see in the effect of this double metaphorical novelty the real message. As our attention is driven away from an activity which is inherently external and aggressive, dealing with objects (“fishing”), we come to discover people in need of life. This is what Jesus is calling the disciples to do. And this is what the Gospel story calls us to do.

Jesus calls us to leave behind any activities and any methods that are appropriate for objects because they serve us and our needs. Activities that follow the logic of production and whose success is expressed in numbers and statistics. Ultimately, Jesus calls us to leave behind any identity – and any activity flowing from such an identity – that is closed because concerned about gaining power over others to establish itself.

You can be a life-giver. Be one. Discover people in need of life. 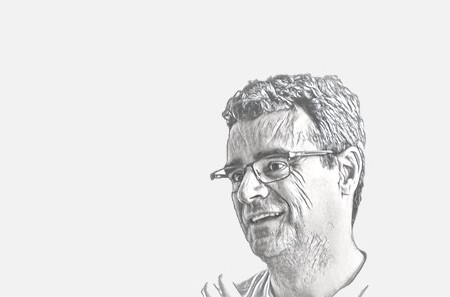 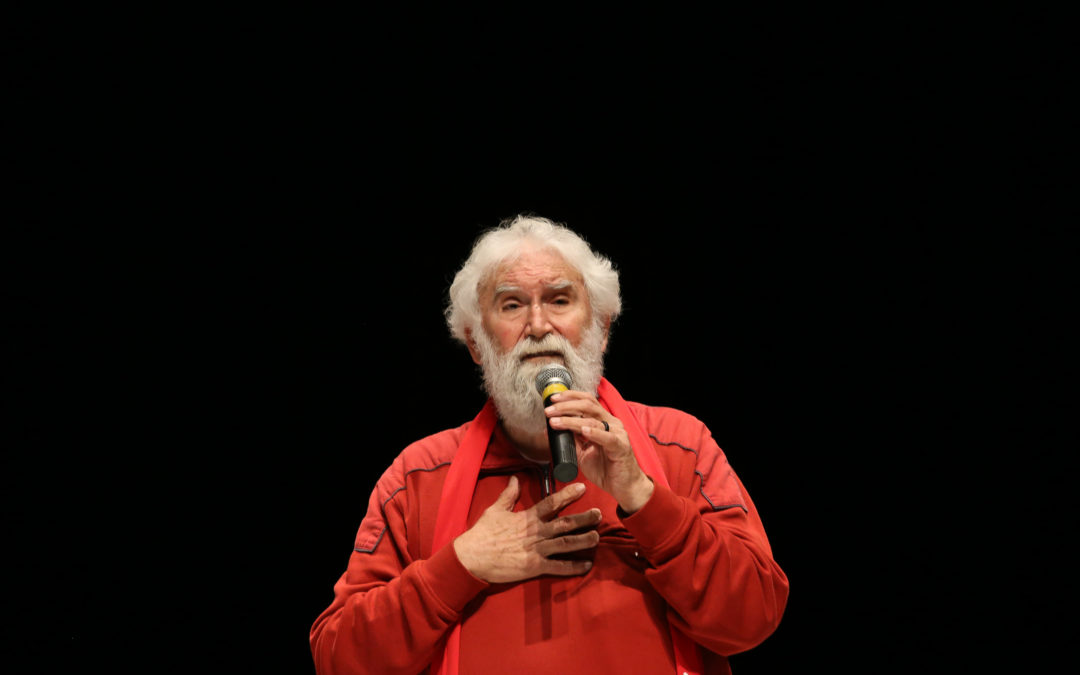 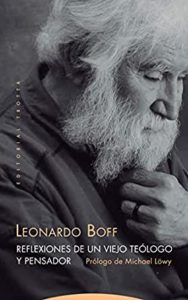 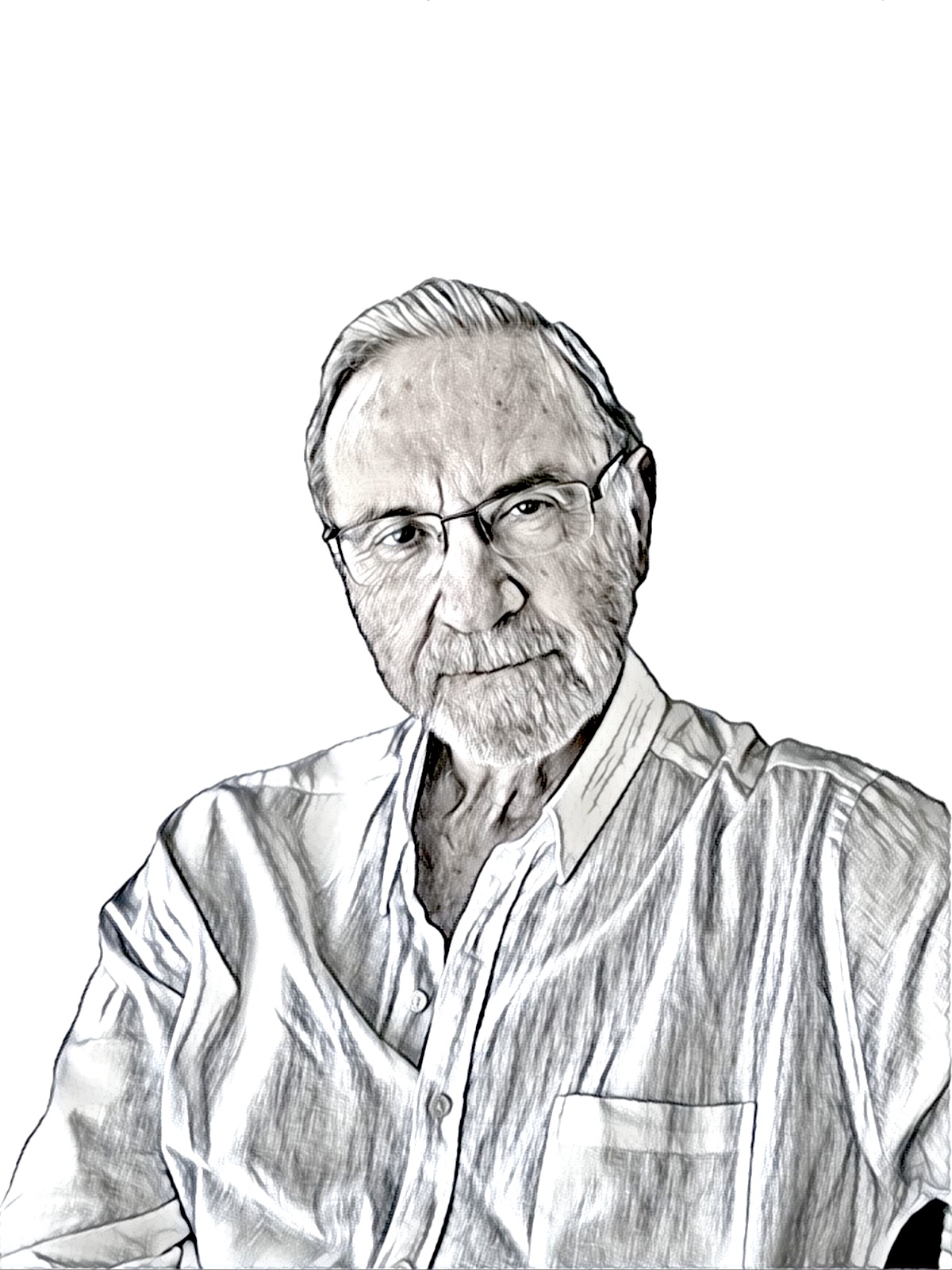 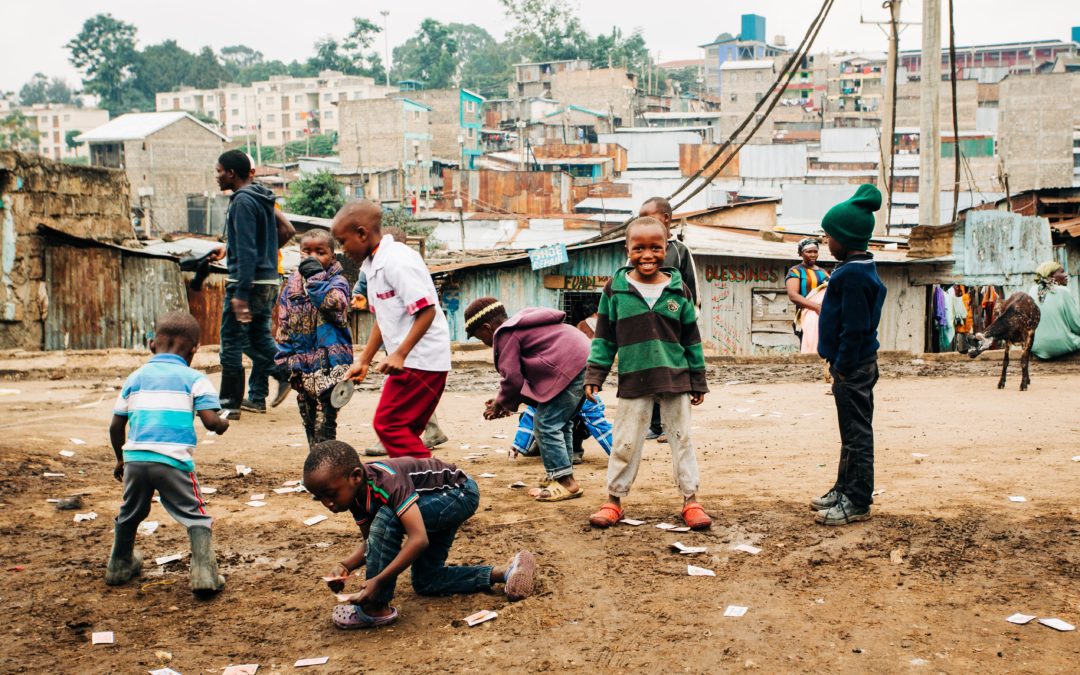 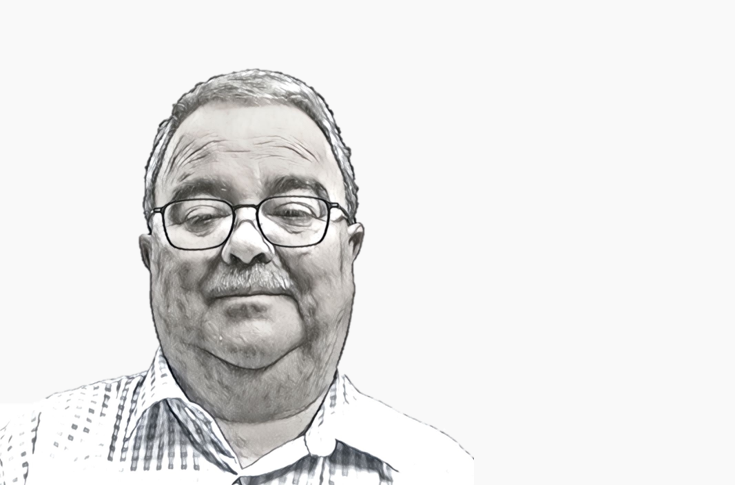 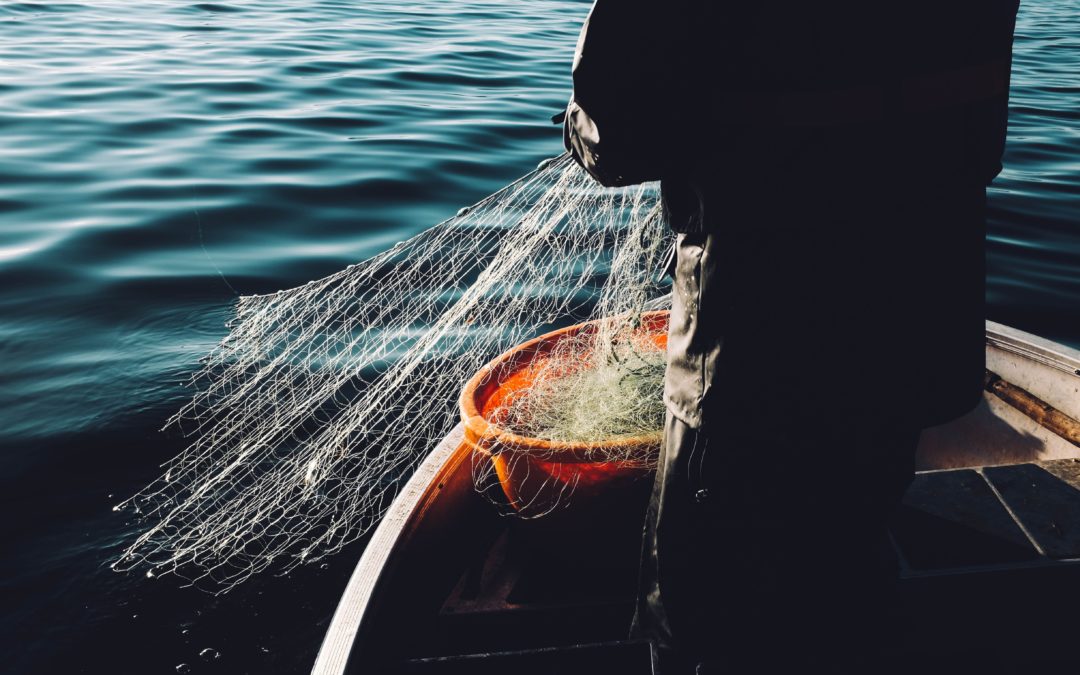 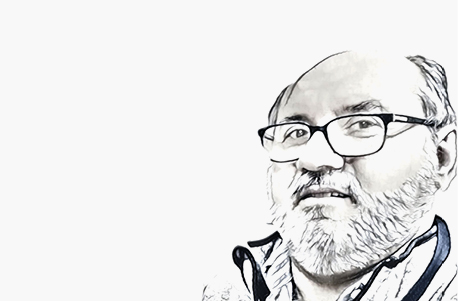